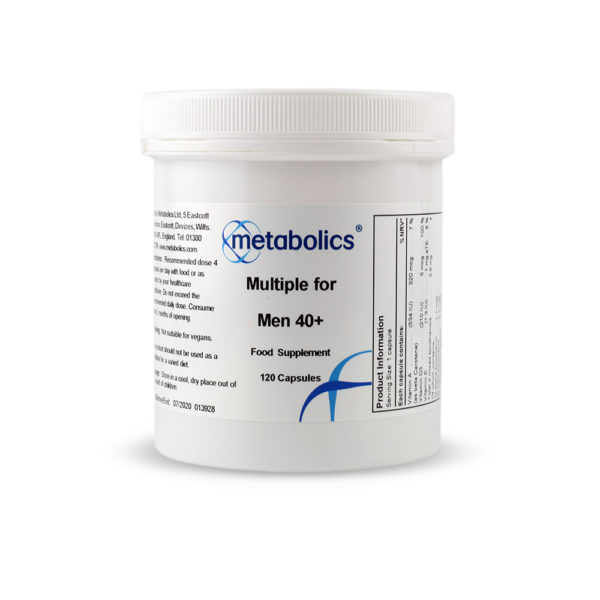 Multiple For Men 40 Plus

Glutamine is also the most prevalent amino acid in muscle and so is important in sustaining decreasing muscle mass as we get older.

Alpha lipoic acid is naturally found in the mitochondria (energy producing machinery of cells). Experiments in mice have shown that Alpha lipoic acid, acting as an antioxidant reversed memory impairment and oxidative stress.

CoEnzyme Q 10 is a naturally occurring substance found in every cell in the body that can neutralise free radicals. It is involved in producing ATP (energy) High amounts are found in the heart, liver, kidneys and pancreas. The highest levels are seen in the first 20 years of life and after the age of 80 are less than they were at birth.

There are no reviews yet.

Opening Hours: By Appointment Only